Five years ago, Scott and I were wandering the quaint streets of one of my favorite little towns in Colorado, Manitou Springs. We were having so much fun window shopping, picnicking, and just being together. When you have a long distance relationship that spans over a thousand miles, ever single moment together is even more precious.

What I didn’t know was that while we wandered the streets, my dad and sister were busy decorating my favorite gazebo with candles, flowers and a special table for two. I had no idea that November night was about to become one of the most memorable ones of my life.

I probably should have won some sort of award for being one of the world’s densest girl friends. Scott insists that the impending proposal should have been easy to guess. But I was completely shocked by the candlelit gazebo and by my best friend getting down on one knee and asking me to spend the rest of my life with him. Of course, I said YES! 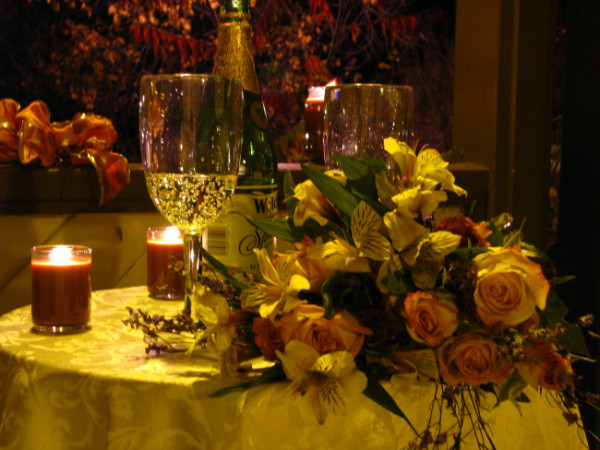 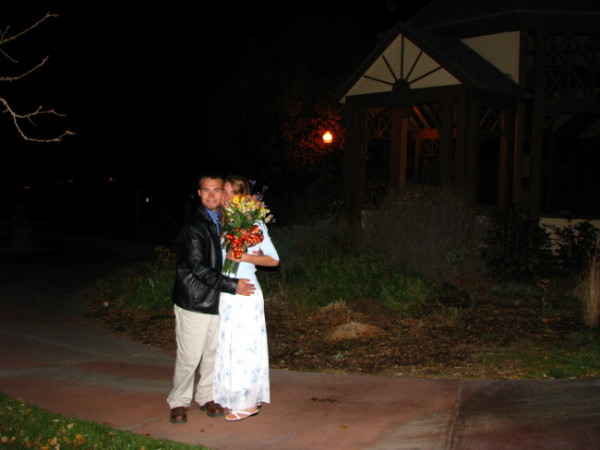 The next four months were whirlwind months. Our original plan was to get married in May. In order to have the most family with us on our day, we ended up moving it up two months. I planned that wedding from Colorado and we got married in Washington State. I didn’t have money to travel to the wedding destination until about 10 days before we tied the knot. Everything was prepared by pictures and sight unseen. It was a pretty crazy feat, let me tell you!

A month before our wedding day, I bought a card for Scott that talked about how even if we had nothing, we could live on love and it would all be okay. It reminded me of one of our favorite country songs, and I had no idea how real the words on that card would be just a year later when we both were unemployed and literally living on nothing but prayer, hope and a lot of love.

The words to the card and the song have echoed in my mind a lot as we’ve scraped it together, and weathered financial and emotional storms that neither of us could have counted on. We “don’t have it all together, but together, we have it all.” And that is thanks to God and His never failing grace.

As we just slipped past our fifth engagement-versary, and approach our fifth wedding anniversary, I’ve been thinking a lot about these five amazing, crazy, hard, and wonderful years we’ve spent together. Like that sweet intro to Up, it’s not the big things, but the every day doing life together that ends up being the most wonderful adventures of all. That’s how it feels for me. And it is something that I count as one of my life’s continual Greatest Things.

This post is a part of GREATHINGS 2013: 21 Days of Thanks. Click here to read the rest of the series.