I met him  just minutes before we walked down that aisle together. We were young, and it was a happy day, but I didn’t love him then. He was a stranger, and I was a stranger, randomly brought together by a wedding.

We had fun that day; My childhood best friend was to marry his older brother. Best Man and Maid of Honor, we were focused on making it special for the two people we loved. At the end of that very long day, we said good bye. I thought nothing more than that I’d gained a new friend. 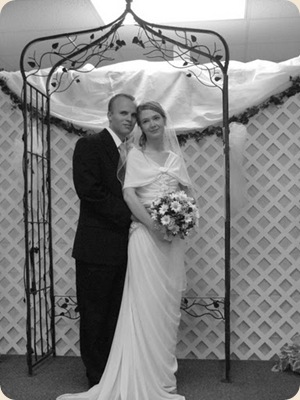 But, “Once in awhile, right in the middle of an ordinary life, love gives us a fairy tale.”  And this was the beginning of ours. 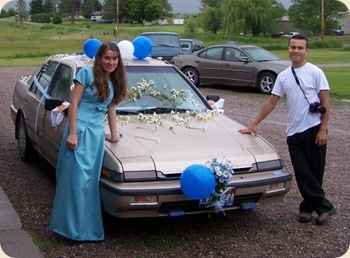 For me, he was a country boy with a slow smile and a laugh that twinkled like his blue eyes did when he smiled. He wore jeans and boots and a hat and had a tan from working long hours outside. He was cute, but I didn’t really think about it then.

I was too busy worrying about trying to wear the 3 1/2 inch spike heels that looked like Cinderella Slippers for the first time. I wasn’t looking for love. Neither was he. But somewhere down the road between then and now, well…love surprised us. 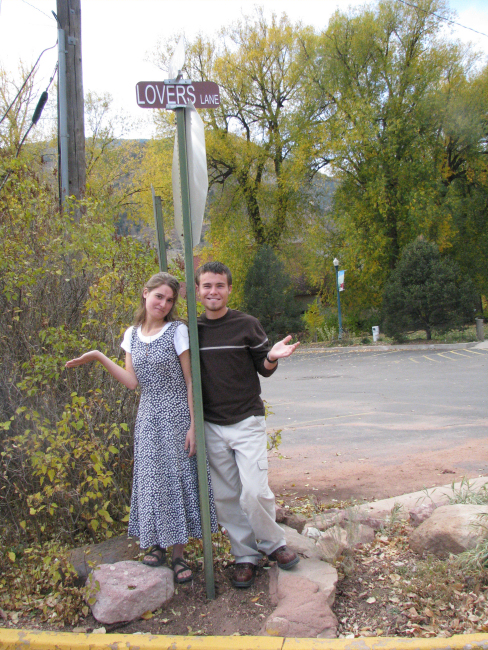 While we went back to living our ordinary lives (with 1200 miles between us), God must’ve smiled at how unaware of what had just happened both of us were. But now I think that our hearts knew what our heads didn’t: we are soul mates. Several months after we met, our paths crossed again. We parted as better friends, and yet still I had no idea of falling in love with him, nor he with me.

Two years later, we’d walk down another aisle together. This time I would be the bride and he would be the groom. 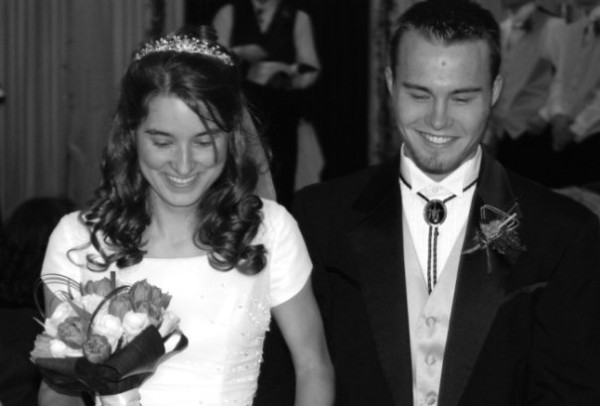 But it didn’t just happen. (Does anything in my life just happen without being a little bit crazy?)

Our friends had other ideas after the second time we met. They thought that the two of us were too focused on other things to probably ever notice. “Pray about it, Scott. What if she’s your perfect match?” He laughed. That would take five minutes. He wasn’t looking for anyone, and I was older than him! Well, five minutes later he had a different answer than he’d expected. He decided to wait and see for a while. 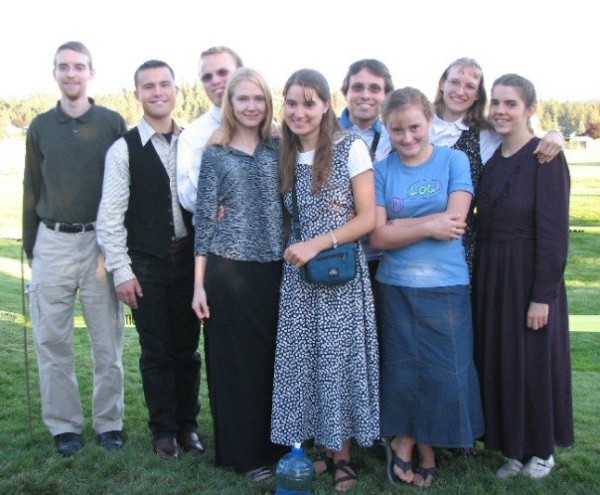 For me, I was blissfully unaware. We spoke rarely, worked a lot and lived over a thousand miles apart. Our only common tie was that his brother was married to my best friend. But one day, out of the blue, I knew too. I was terrified and determined I was going crazy. He’d never given me any reason to think he was interested, and I certainly had never thought of it before. Besides, I was older than him!

The next six months were long ones. He, waiting and seeing. Me trying to ignore and forget, and finally telling God that if this wasn’t me loosing my brain, that He’d give me peace. He did.

I made my usual trip to see my friend in May. I didn’t know he’d be there, but he stopped by. He told me his story and asked if I would consider going out with him. I told him mine, and said I would. (Later, I heard how nervous he was because he had no idea if I liked him, either!) 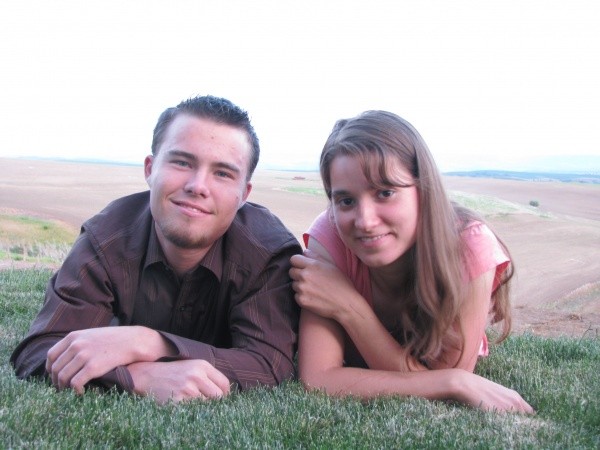 When he got down on one knee and asked me to marry him, I have never been so sure that I was making the right decision when I said “yes”. 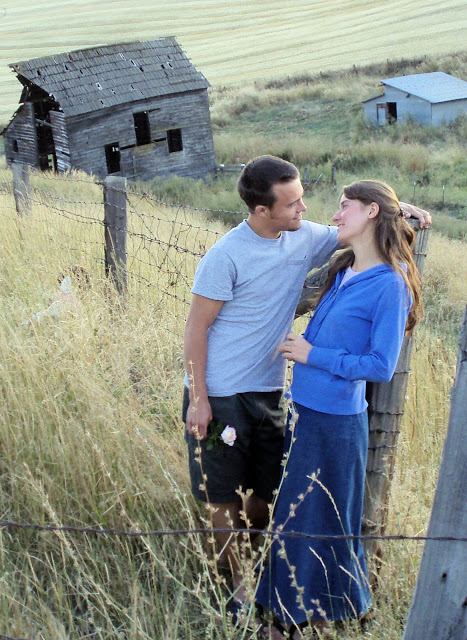 Years keep going on, and here we are, marking off another milestone in our happily ever after. It’s been an adventure. It’s been beautiful. It’s been hard.  So much has changed, and yet some things never change.

He still wears jeans and boots and a hat, and he looks awfully good in them too. 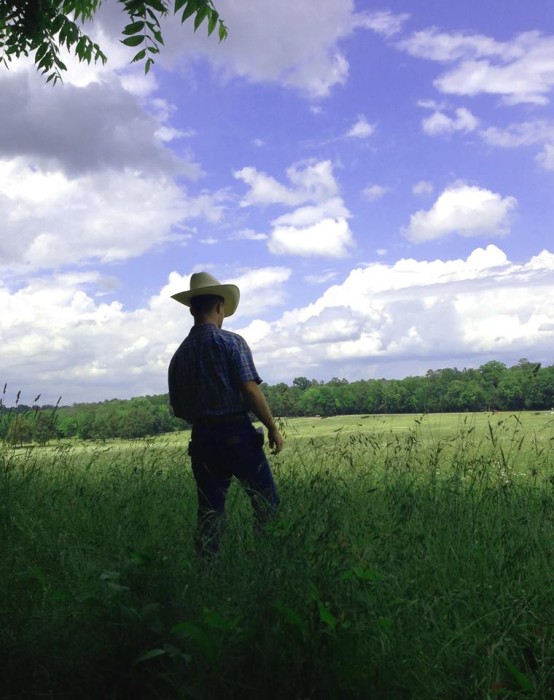 He still makes me laugh, and we’re still best friends.

We live about 3000 miles away from where we thought we’d live. We have a red-headed little girl with curls who looks exactly like her papa. 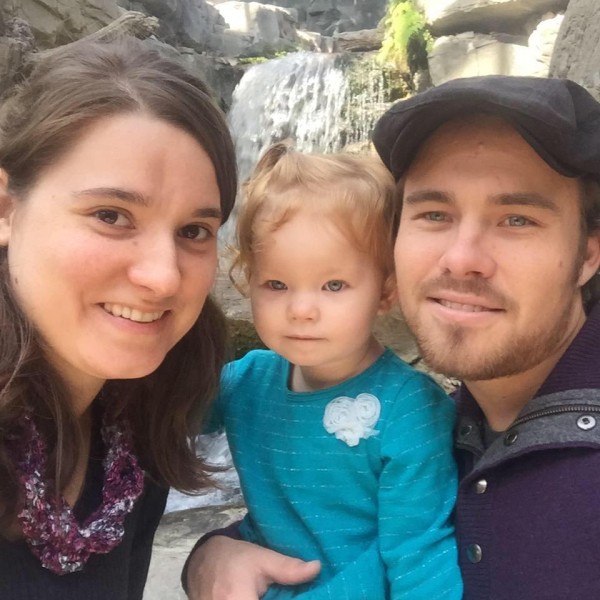 It hasn’t all been easy days and happy moments. Like someone wise said, the best things in life aren’t easy things. But I wouldn’t change it. I wouldn’t want to have it any other way.  And now we know in ways we couldn’t have known before, we were meant to be. So we look back and smile because…”I thought I loved you then.” 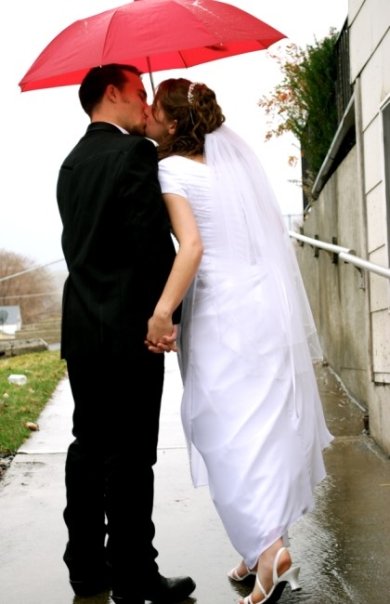